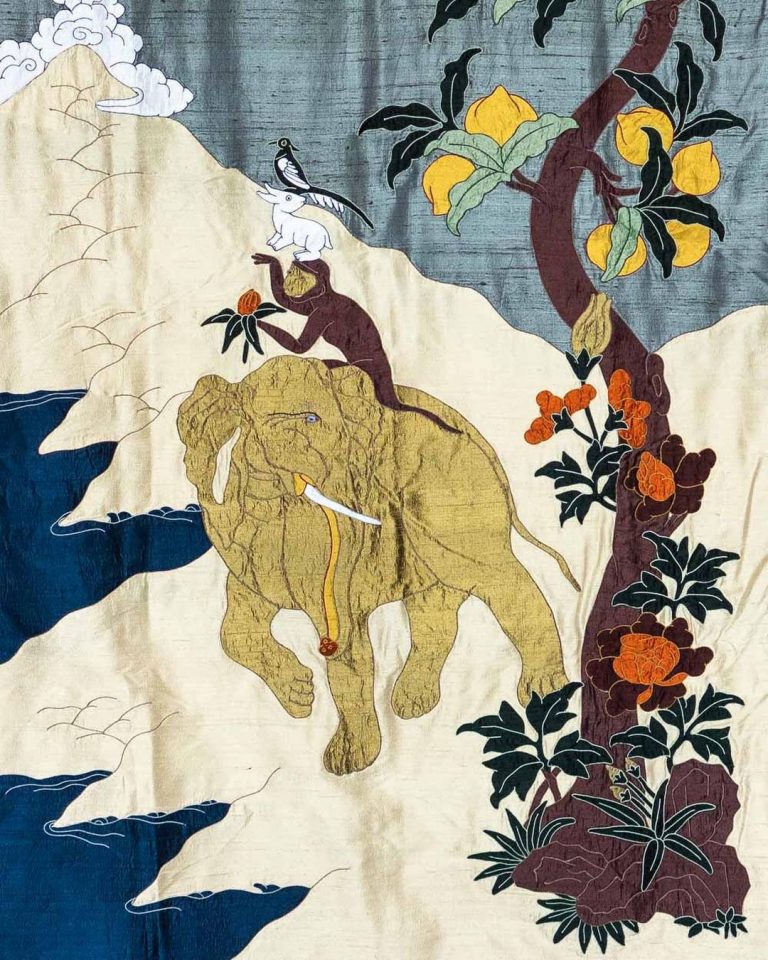 The story of the four harmonious friends, a parable related by the Buddha, teaches the importance of peace, harmony, and respect for elders. An elephant, a monkey, a rabbit and a grouse all claimed one particular tree as their own, and this caused disagreement. They decided that the tree should go to the oldest among them. In order to determine who was oldest, they each shared their first memory of the tree. In the end they all agreed that the grouse was the oldest, older than the tree itself in fact, as he was the one who planted it and thus deserved it as his home. As oldest, he was given the tree, and from that time forward, the four were the best of friends.