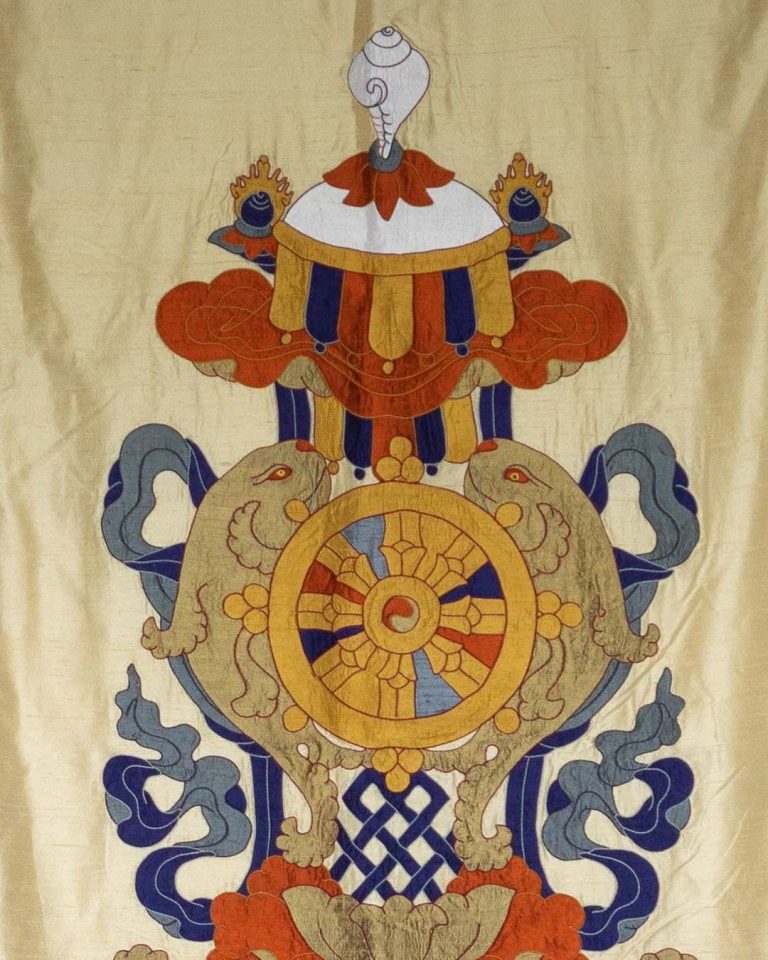 The Eight Auspicious Symbols have their origin in India, where they were offered to a king at the time of his coronation. Over time, they took on a religious significance, and are now commonly found depicted in various forms.
This applique wall hanging in the form of a vase, features all the 8 symbols. Appliqu̩e is a special type of embroidery which makes use of many individual pieces to form an intricate patchwork design. Used mostly in Tibet for creating silk thangkas, we have adapted the appliqu̩e technique to create beautiful home furnishing.