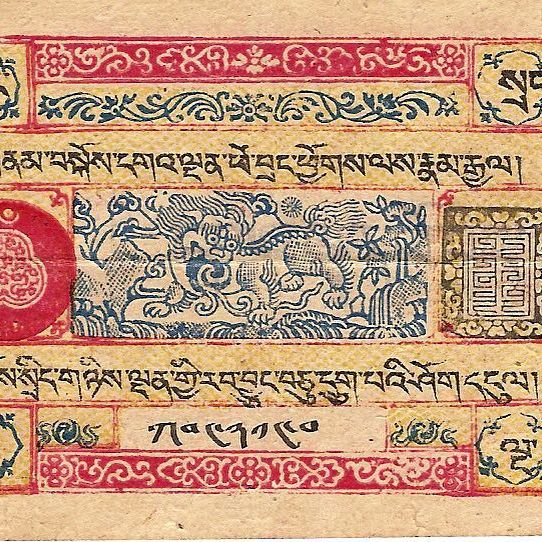 The central panel shows snowlion. The red seal on the left represents the authority of the Dalai Lama. The black seal on the right (in phags pa script) translates as “government treasury” or “government bank”.
The Tibetan sentence on the top translates as “Government of Tibet” and the Tibetan sentence on the bottom can be translated as “Paper currency of spiritual and political Tibetan 16th Century”, which is year 1942 (Tibetan Year 2031-2032).
The letters on the top two corners shows unit of currency ‘srang’ and the letters on the bottom two corners shows denomination ‘5’ in Tibetan. The borders (left & right) carry phagpa script in red color.
Phagpa script (square script) was designed by Drogon Chogyal Phagpa and is written vertically.