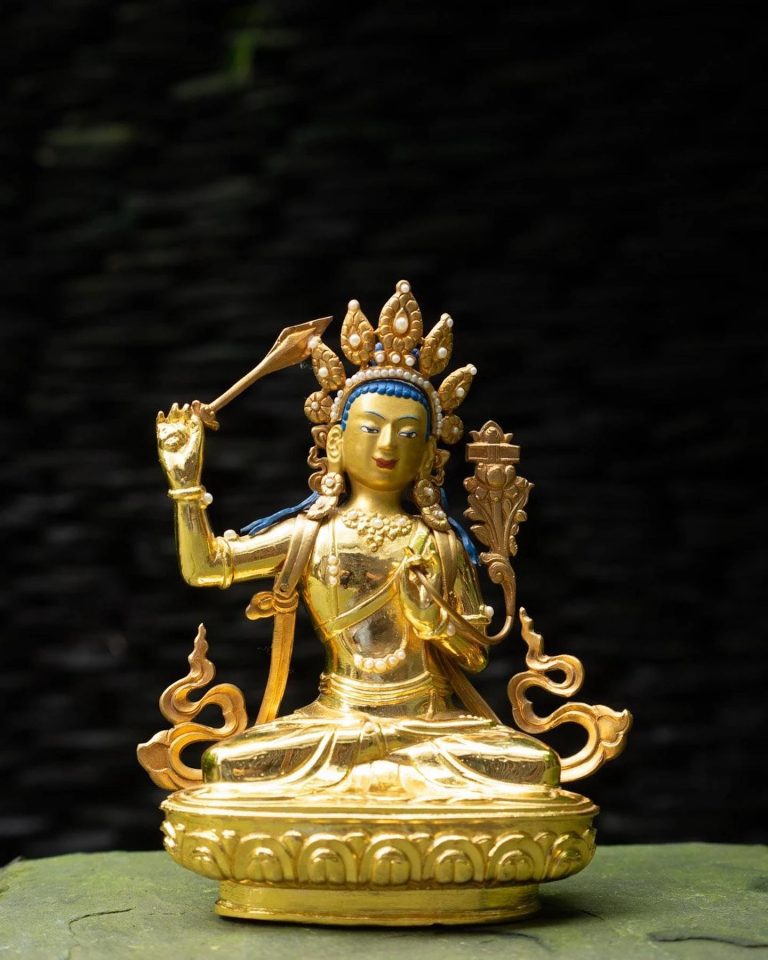 Manjushri is the embodiment of the wisdom that is key to ultimately becoming a Buddha. The sword in his right hand represents the knowledge that cuts through ignorance in the minds of unenlightened beings. The sutra he carries in his left hand represents the primary means by which wisdom takes root in beings, which is the beginning of their journey towards omniscience. The flowers around him indicate that just as the flower is not tainted by the mud from which it emerged, he too is unstained by the faults he once carried in his mind as an ordinary being. He is also often depicted in a triad with Avalokiteshvara and Vajrapani known as Rigsum Gonpo, symbolizing the qualities necessary for enlightenment – compassion, wisdom and power.