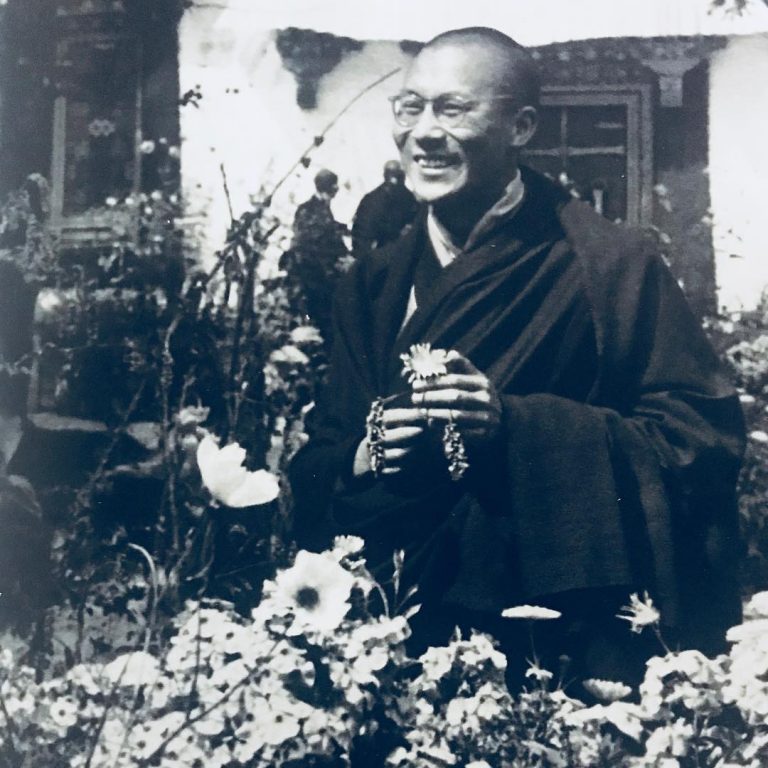 22 year old Dalai Lama in summer palace, Norbulingka in Tibet 1956-57. Norbulingka literally means “The Jewelled Park”. Norbulingka Palace was built by 7th Dalai Lama and it served as the traditional summer residence of the successive Dalai Lamas from the 1780s up until the 14th Dalai Lama’s exile in 1959.
Norbulingka Palace is situated in the west side of Lhasa, a short distance to the southwest of Potala Palace. During the invasion of Tibet in 1950, a number of buildings were damaged but were rebuilt beginning in 2003.Part of the “Historic Ensemble of the Potala Palace”, Norbulingka is recognized as a UNESCO World Heritage Site, and was added as an extension of this Historic Ensemble in 2001.